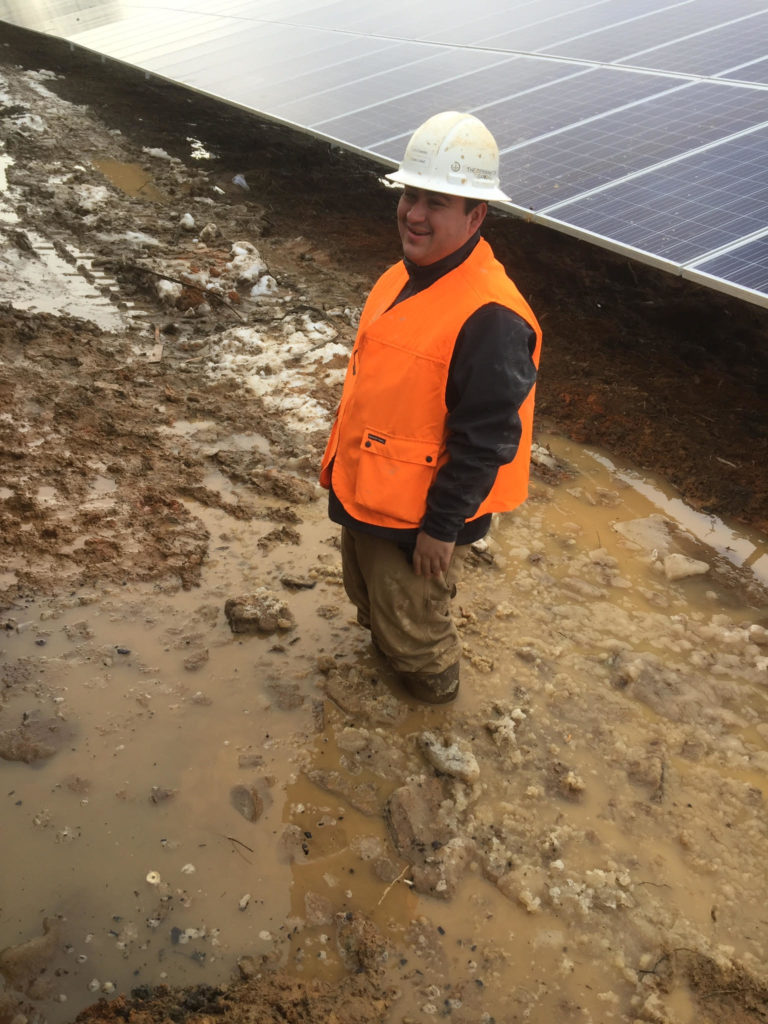 When you talk about solar energy to one of the NC Clean Energy Technology Center (NCCETC)’s training students, Cristian Castillo, his passion for it is palpable.

Castillo, who has worked on around 80 solar sites for the past six years, talks about all of his solar jobs like he’s doing them for the first time. For him, his solar jobs aren’t just jobs.

“Growing up in a bad environment…I didn’t have a purpose in this world. When I got into solar, it gave me a purpose,” Castillo said. “Solar has saved my life.”

Castillo, 27, is originally from Mexico and grew up in California before moving to North Carolina. He currently lives in New Bern, NC.

At about age 20, Castillo attended Wake Technical Community College to become an electrician. After experiencing an electrician position, he realized it wasn’t for him. Having spent all the time and money on a job he didn’t enjoy, he became downhearted.

Luckily, Castillo heard from someone working for a company that did both electrical and solar work. He ended up getting a job at a solar site in Wilmington, NC, where he was able to shift from electrification to solar.

“At the time, I didn’t know anything about solar,” Castillo said. “But I kept learning everything I could.”

After that, Castillo worked at a variety of solar sites with several companies, ranging from 1 to 72 Megawatts (MW). Castillo was put on a commission team for solar workers for three years, where he worked on about 30-40 sites. He then worked at PurePower for about 2 ½ years working on a variety of solar sites. Then, through Quality Labor Management (QLM), he served as an electrical superintendent at another site. 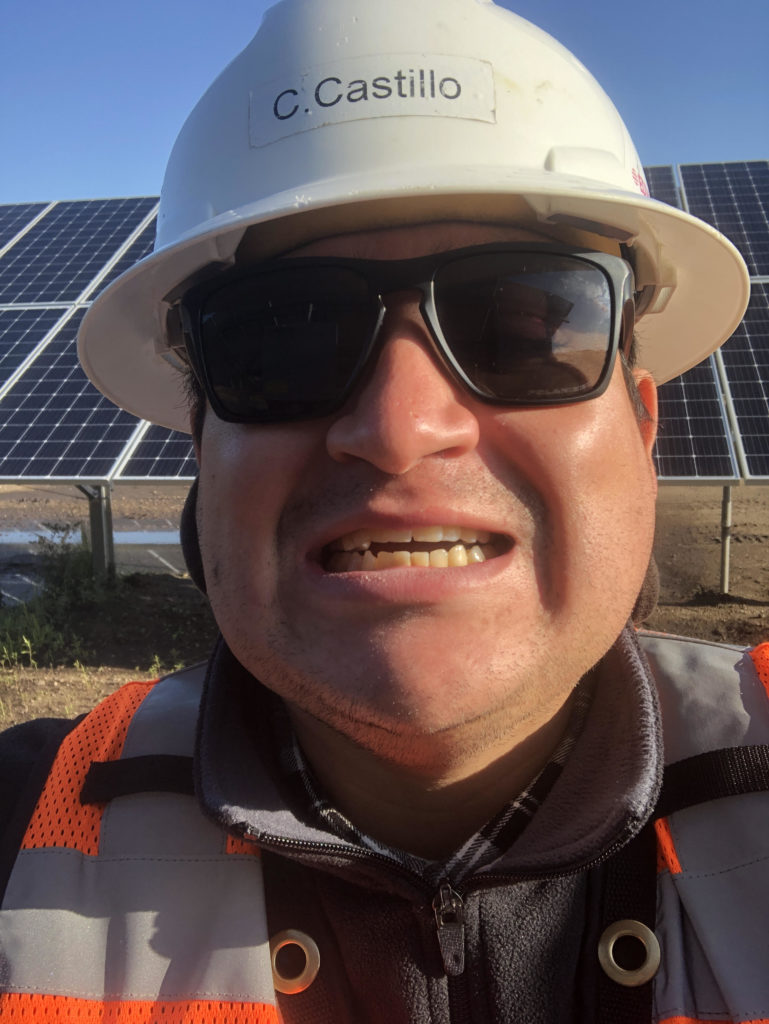 Castillo loved the work and was eager to learn more. But while he was interested in furthering his education on solar – especially to become a superintendent or project manager – he hesitated to commit the time and money it takes to complete a full four-year degree.

“I told myself, if I’m going to follow this career 100 percent, I should go back to school and get a diploma,” Castillo said. “Before I took the (NCCETC) classes, I already had a career in solar, but a lot of companies love that diploma – knowing that you went to school for it.”

Castillo has now completed the NCCETC O&M: Operations and Maintenance of PV Systems class as well as the CREM: Certificate in Renewable Energy Management class. He has two more classes left, which he will take soon: Solar Storage and REPV: Fundamentals of Photovoltaic Design and Installation. When those are complete, he will officially receive his diploma.

After Castillo took his most recent NCCETC training class, he received three job offers. Now, he works for Renewable Power and Electric, a startup company new this year, which already has contracts in North Carolina, South Carolina and Minnesota. He serves as Superintendent for five 1 MW sites.

“The (NCCETC) program opens a lot of doors,” Castillo said. “People who want to get into this industry don’t have to pay for a four-year college. They can take the course and have what they need to get a job.”

While Castillo has worked on an impressive number of 80 solar sites, he said he still learned a multitude of new things from the classes.

One of the lessons that stood out was learning he could complete a photovoltaic analysis formula by hand when a solar site doesn’t have the usual machine to do it for you – which is a very valuable skill to have, Castillo said. Also, when the training instructor went into heat-sensoring and using drones to pick up on dead solar panels – “That blew my mind,” Castillo said. “That was awesome.”

“I didn’t know anything about that,” Castillo said. “Before I went to the class I knew how to build solar to get the job done, but I didn’t know the rules, policies and how to actually attack a solar site from a management perspective.”

Castillo took the training classes to become a superintendent or project manager, but his interest was also piqued when he learned that he could possibly start his own company.

“If you’re serious and learn everything the program has to offer, you can go from not knowing anything about solar and owning your own company if you want to,” Castillo said.

Castillo said one of the reasons he loves solar is because it’s always different, always changing.

“I’ve never seen a solar site be the same. It’s different every time, and I love that,” Castillo said.  “You might have a plan from a site you did before and it’s a totally new game. I love that I can come to a solar site and relearn everything.”

He doesn’t see himself doing anything else.

“I feel amazing every day I wake up. Every day I go to work I have a smile because I’m happy and I’m doing what I love,” Castillo said. “My mom told me if you wake up every day and go to work and love what you do, it’s not a job, it’s a passion. For me, solar has become that – a passion.”