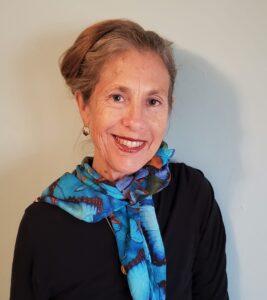 A lifetime achievement award is given to someone who has dedicated their life to a specific cause and therefore, it is both an honor to receive and only given to the best of the best. That description seems fitting of Anne Tazewell, the Senior Special Projects Manager with the N.C. Clean Energy Technology Center (“Center”) at N.C. State University, who was bestowed the Lifetime Achievement Award by the N.C. Sustainable Energy Association (NCSEA) at their annual member meeting in early December. Anne is in good company for this award, as last year, Maria Kingery, founder of Southern Energy Management, received the same accolade.

After 17 years at the Center, Anne plans to retire in 2021 and move onto other endeavors. But this article is a look back – a look back on her extraordinary career, what she has learned along her career journey, and what she hopes to do in the future.

Anne has been working in clean energy in North Carolina for more than twenty years. In fact, clean transportation initiatives in the state began while Anne was at the Triangle J Council of Governments (TJCOG) and secured a grant from the State Energy Office. Anne describes her first foray into this work as an expression of her passion for reducing foreign oil dependence. 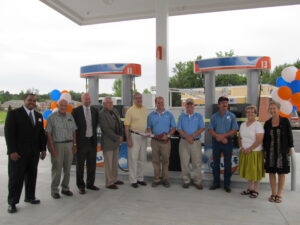 While at the Triangle J Council of Governments, Anne established the Triangle Clean Cities Coalition, a group of public and private partners designated by the U.S. Department of Energy (DOE) Clean Cities Program. The DOE Clean Cities Coalitions thrive on partnerships to advance affordable domestic transportation fuels, energy efficient mobility systems, and other fuel-saving technologies. To move forward this mission, in 2005, she secured regional Congestion Mitigation Air Quality (CMAQ) funding to open the state’s first publicly accessible biodiesel service station in Garner, NC. By 2011, there were 17 stations and counting across the state offering renewable fuel blends. Anne’s ability to develop partnerships to achieve outcomes is a hallmark of her career.

When talking about her early transportation work, Anne says:

“Having been a restaurant owner and a textile artist who did not go to college until my mid-forties, when I started work at TJCOG in 2000, I had never had an office job before. I was mortified with the idea of writing a memo or addressing a group, but quickly fell in love with the idea of public service, working with others to serve the greater good.”

Anne was recruited to the Center shortly thereafter where she established their Clean Transportation program and secured statewide funding for the Clean Fuel Advanced Technology (CFAT) project. The CFAT project is supported by federal CMAQ funds within the N.C. Department of Transportation (NC DOT). Its primary purpose is to reduce transportation-related emissions in 24 eligible North Carolina counties based on National Ambient Air Quality Standards. 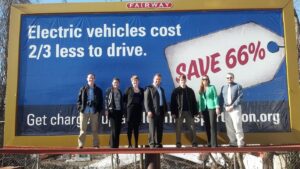 Over several years, the CFAT program has provided millions of dollars for projects ranging from purchase of electric vehicles (EV), installation of EV charging equipment, natural gas refuse trucks, propane street sweepers, hybrid electric utility bucket trucks and clean burning locomotives. In all of these initiatives, the goal has been to reduce transportation-related emissions in counties across the state hampered by poor air quality. Anne’s initiative also led to public education campaigns and statewide partnerships that resulted in billboards and television advertising campaigns providing educational messages about the benefits of clean transportation.

Positive health outcomes are directly attributable to Anne’s leadership to get the CFAT program up and running and reduce vehicle emissions. From 2006-2019, the CFAT program has provided $11.9 million in funding for clean transportation technologies and in turn, these projects have resulted in 224,000 KG of cumulative NOx reductions. The health benefits of these NOx reductions includes avoidance of asthma and other breathing problems, headaches, chronically reduced lung function, and eye irritation.

At the height of Anne’s career, she was asked to step away from managing the Clean Transportation Program to take on broader clean energy work. Looking back now, she comments:

“I am less of a manager and more of a doer. I have appreciated the opportunity the Center has provided me as the Senior Special Projects Manager. It has allowed me to gain skills and implement projects related to energy efficiency and solar PV intended to serve low-income North Carolina households.”

She notes that a whole new world opened up to her when she took on broader responsibilities, allowing her to build relationships with other clean energy stakeholders that she will miss when she retires next year.

Leadership comes in many forms. Some lead in a loud way, so that everyone around them knows that they have done something tremendous, looking for the credit that is due them. Others, such as Anne, are quiet leaders working behind the scenes that apply modesty, restraint, and tenacity to solve difficult problems. Over the years, Anne has exhibited this kind of quiet leadership – setting up clean transportation programs, demonstrating confidence, and seeking to listen rather than speaking first. This is the leadership that is not visible, but someone with this leadership style tends to rack up a long list of accomplishments and accolades often come later, rather than in the moment. It is in that spirit that Anne received NCSEA’s lifetime achievement award. Anne has been a tireless champion of clean air and clean energy and so it was so rewarding to see her accomplishments finally recognized just as she is ready to leave the work world and move into something else.

Anne’s next project is to help launch her soon to be published book A Good Spy Leaves No Trace, a memoir and social political history that ties her clean energy career with an investigation of her father’s life, a man she barely knew.

Anne was born in Cairo, Egypt where her father worked for the CIA. She moved to Beirut, Lebanon when she was five, where her father continued his CIA career while also serving as an oil industry consultant. In the 1950s and 60’s, Anne’s father saw the United States begin its long-dependence on Middle East oil, spurring her desire to work to counteract this dependence.

Moving forward, Anne intends to continue her tireless efforts toward fuel diversity. It is a fitting example of how one generation builds on what comes before and an apt coda to Anne’s successful career in clean energy.