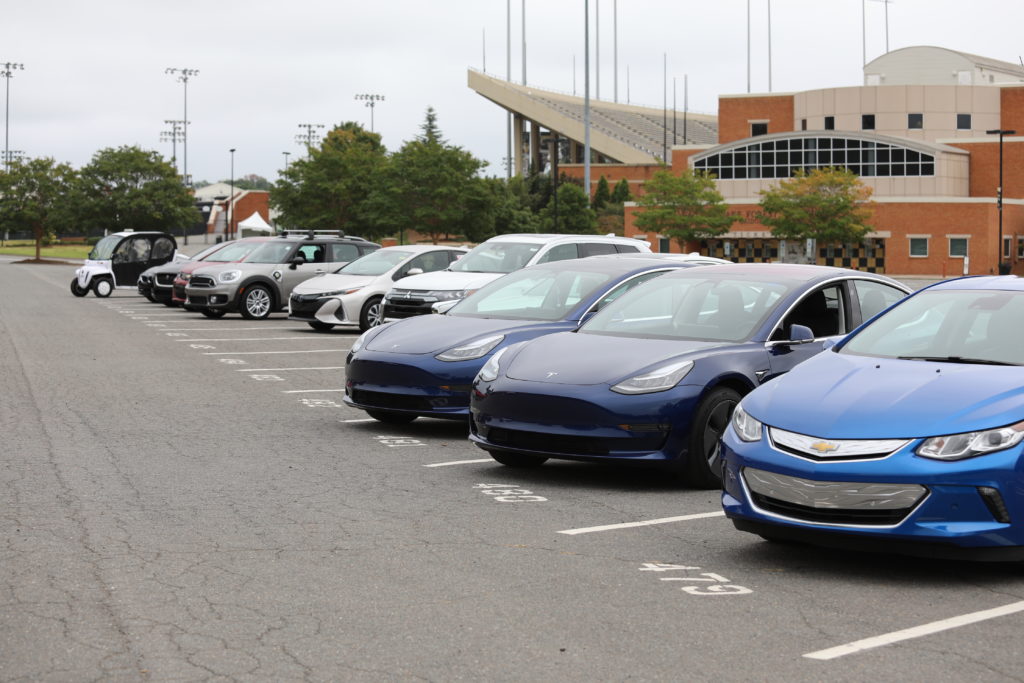 Earlier this year, the North Carolina legislature considered enacting higher fees for electric vehicle drivers in the state. The N.C. Clean Energy Technology Center (NCCETC) was asked by the UNC Collaboratory to conduct a quantitative analysis and prepare a report on the Potential Impacts of Alternative Fuel Vehicles on Transportation Revenue in North Carolina. The resulting study conducted by Heather Brutz and Allison Carr, both a part of the Clean Transportation team at NCCETC, found that the state is not currently losing money on electric vehicles (EVs).

North Carolina drivers pay 36.2 cents a gallon in state taxes, generating about $2 billion for the N.C. Department of Transportation this year, or about 40 percent of its revenue. Because electric vehicles do not use gasoline, their operation does not generate revenue from a gas tax, which is one of the primary means North Carolina uses to fund transportation projects. In order to capture lost gas tax revenue, North Carolina currently charges a registration fee of $130 annually on all-electric (not hybrid or plug-in hybrid) passenger vehicles.

Sens. Jim Davis and Tom McInnis proposed raising that fee to $230 a year starting in 2020 and enacting a new fee on plug-in hybrid vehicles to make up for the gas taxes owners avoid paying.

NCCETC staff found that the existing electric vehicle registration fees covered the lost gas tax revenue, and do not need to be raised.

NCCETC calculated the potential lost gas tax by looking at the sizes and ages of the electric vehicles currently on the road in North Carolina, comparing them to gasoline vehicles of a similar size and age in order to determine how much fuel would have been consumed by these vehicles if they had been gasoline vehicles. Once the amount of gasoline saved was estimated, the NC gas tax was applied to estimate the potential lost revenue. That number was compared to the revenue gained from electric vehicle registration fees in the state.

Other estimates that show a deficit in lost gas tax were based on an average fuel economy of all vehicles on the road – of all ages and sizes – and did not compare similar sized and aged vehicles.

“The current EV fee seems to be set at a reasonable level for recovering the gas tax that is lost or not paid at the gas pump,” said Carr, NCCETC Clean Transportation Specialist. “We currently have a fee in place that works for EV drivers and should address concerns about drivers not paying their ‘fair share.’”

Carr also mentioned the North Carolina Governor Roy Cooper’s Executive Order 80 plan introduced last fall, which has a goal of getting 80,000 zero-emission vehicles on the road by year 2025.

“The governor’s goals and the legislature’s proposed EV fees could send conflicting messages,” Carr said. “If EV fees are set at a level that would deter consumers, then it could be more difficult to reach the goal of 80,000 ZEVs.” 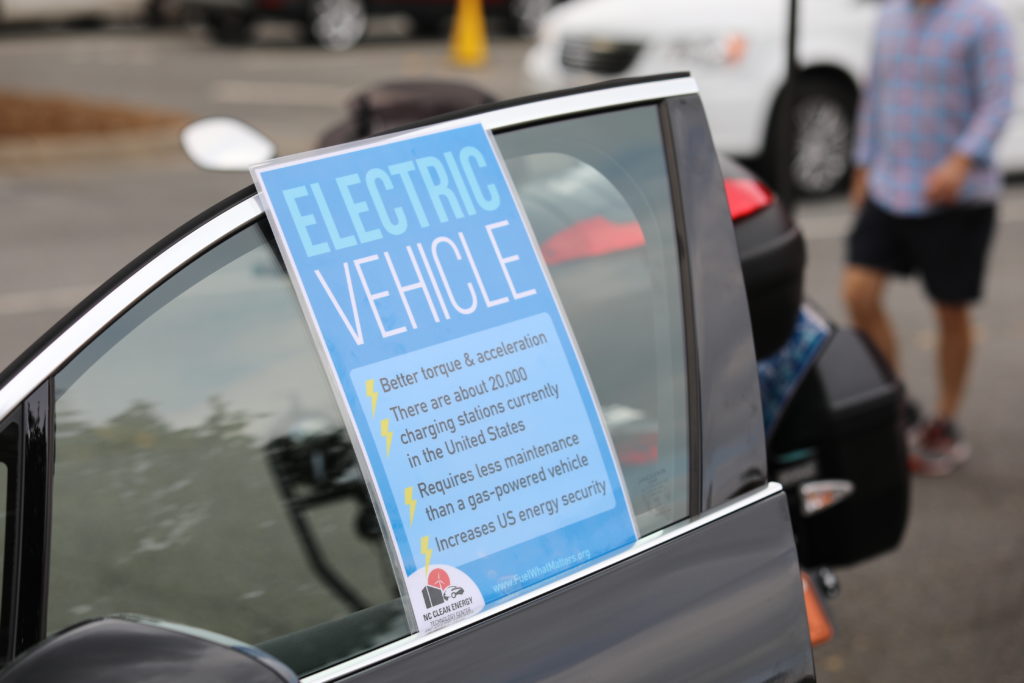 Across the country, legislatures and state agencies are looking at ways to close the gap between the gas tax revenue and the budget needed for roads and infrastructure.

Vehicles continue to become more fuel efficient as new technologies improve efficiency and performance, and as fuel efficiency standards improve. As vehicle efficiency improves, drivers pay less in motor fuel related taxes because they use less gas or diesel fuel. According to the Bureau of Transportation Statistics, the average fuel economy for new passenger cars sold in 2000 was 28.5 mpg. In 2016, the average was 37.7 mpg. This means that even if a person is driving the same number of miles in a year, they will be using less fuel, which in turn means less in gas tax for funding transportation.

“Alternative fuel vehicles and electric vehicles are part of a complex transportation system. There are many factors contributing to the growing gap between revenue and need for transportation spending,” Carr said. “As new vehicle technologies and new transportation options (like ride-sharing) become more common, a variety of revenue models or options may be needed to address different challenges.”

The report looked at what other states are doing to address their gas tax issue. Common methods for generating revenue from alternative fuel vehicles include:

4) Excise tax on fuels, including propane, natural gas, and/or ethanol

Additionally, many states have created fees, permits, decals, or special license plates that allow alternative fuel vehicles owners to pay annual fees in lieu of an excise tax. The structure of these fees vary with most states administering fees per vehicle. A few states have imposed fees on dealers of alternative fuels. A total of 26 states have active registration fees for electric vehicles.

Some states with goals related to air quality and climate change or greenhouse gas reduction must consider how to balance taxes with possible incentives for deployment of vehicles with improved efficiency or lower tailpipe emissions, according to the report. Many states have considered tax incentives or credits to encourage the use of alternative fuels.

“Changing the current model of collecting gas tax will be difficult. Many states have been trying to address this challenge for more than a decade,” Carr said. “It will be necessary to look at different options, or even start with pilot programs to test the impacts of new options in North Carolina.”