Seven fleets from North Carolina made it on the 100 Best Fleets in the Americas’ list of winners for 2018 — and in the next several weeks, Fuel What Matters will be featuring each fleet and what it has done to achieve success. 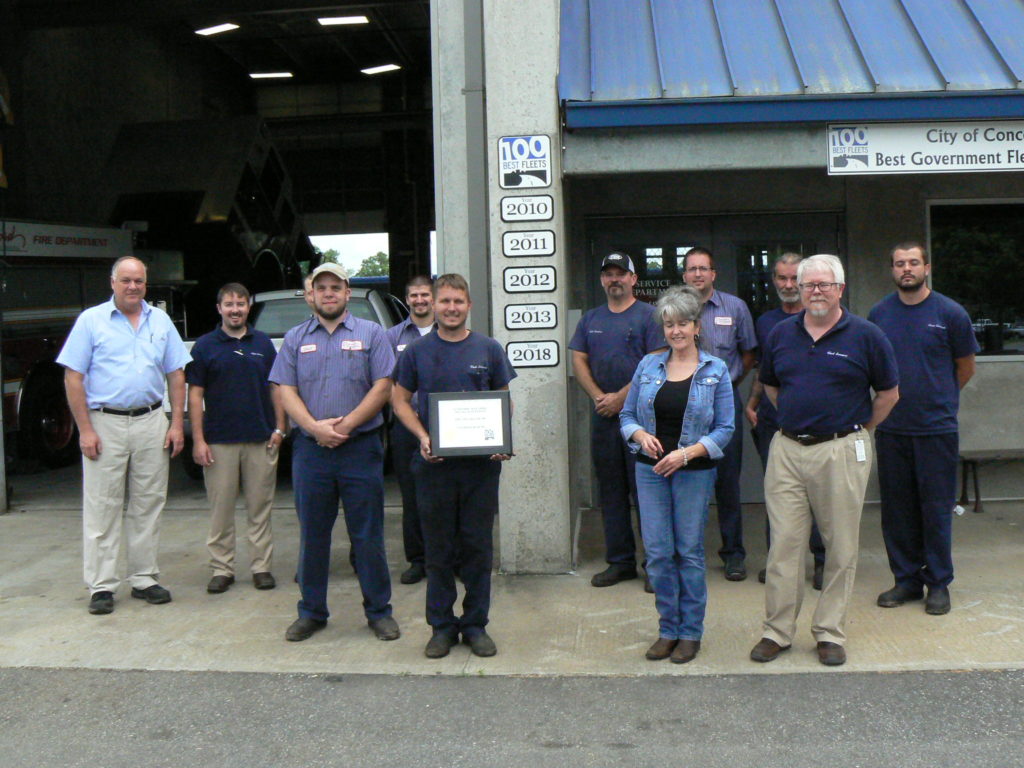 This week,  Daniel Nuckolls, Director of Fleet Services since 2002, talks about the City of Concord Fleet Services Department. This was the fifth year Concord has placed in the 100 Best Fleets.

Concord began implementing more fuel-efficient strategies and equipment in 2003. Electric cars and EV chargers are used throughout the city, and today, about 5 percent of Concord’s light-duty fleet is comprised of hybrid electric vehicles.

In the police fleet, Concord moved from 9-cylinder cars to 6-cylinders, which Nuckolls estimates saves about 34K gallons of fuel per year. Concord also uses B20 blend biodiesel for all diesel vehicles, which he estimated displaces 60,000 gallons of diesel fuel annually.

“Fuel usage over the last 10 years has not increased very much at all — it remains flat,” Nuckolls said.

The City Of Concord is an active participant in the Clean Cities coalition and is a core stakeholder in the Centralina Clean Fuels Coalition, according to their website. Fleet Services also developed and administers the Concord Air Awareness Program, which educates and informs City employees about air quality issues.

“From the very get-go, we wanted to implement alternative fuels,” Nuckolls said. “Mainly for air quality, but also, certain things are helping cost.”

One of the most successful improvements of the City of Concord Fleet Services Department, Nuckolls said, is the Career Development Program, which is designed to reward and advance the careers of technicians, parts personnel, and supervisors by converting their training and experience into ASE Certifications (Automotive Service Excellence).

Nuckolls said the program has led the fleet to become the lowest cost fleet in North Carolina for five consecutive years.

“As fleet director, I feel it is important to encourage individuals to distinguish themselves and to provide incentives for continuous improvement,” Nuckolls said. “As our technicians become more proficient, so does our fleet maintenance program, which drives our fleet availability and productivity. “

Join us as the NC Clean Energy Technology Center’s policy experts dig into this year’s biggest grid modernization actions and trends from across the country, based on the 50 States of Grid Modernization report series. Speakers will discuss major 2020 actions related to grid modernization, distribution system planning, utility business model reforms, and more, and […]