The NC Clean Energy Technology Center (NCCETC) at NC State University has joined a collaborative effort among state government, utility companies, industry and universities to design an advanced microgrid control architecture to ultimately improve the resilience and reliability of the regional grid. The NCCETC staff are supporting the team from UNC Charlotte’s Energy Production and Infrastructure Center (EPIC), which won a Research Grant entitled “Resilient Community Microgrids with Dynamic Reconfiguration to Serve Critical Loads in the Aftermath of Severe Events” from the US Department of Energy (DOE).

The $3.6 million award from the DOE’s Solar Energy Technologies Office (SETO) has a three-year duration. UNC Charlotte was selected as a part of the SETO Fiscal Year 2020 funding program, which seeks to advance research and development projects to lower solar electricity costs, increase the competitiveness of American solar manufacturing and businesses, improve the reliability and resilience of the grid and expand solar to new applications. 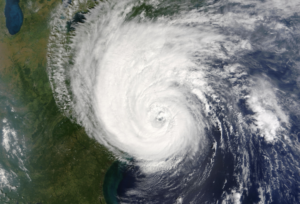 The project focuses on technology innovations for community microgrids, which are a potential solution for the worsening and more frequent electrical outages experienced by customers across the United States caused by damage from severe weather events. High winds, flooding, winter storms and other weather events are critical threats to the electrical grid; and underserved, rural communities are disproportionately affected by longer recovery times during outages.

There are many opportunities for existing DERs to create resilience to reduce the likelihood and consequences of outages. Public agencies that own electric vehicles or energy storage batteries can be used as assets in microgrids, allowing them to be isolated from the grid and keep power flowing locally. 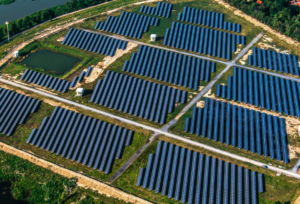 The project focuses on technology innovations that are needed for greater adoption of community microgrids, particularly those that rely on behind-the-meter assets.  One of the most critical needs is the development of advanced control schemes that can seamlessly adapt their settings as the microgrid connects and disconnects from the main grid.  Without such capabilities, it can be difficult to protect an islanded microgrid during storm conditions.  The project also examines control techniques that can optimize resources given projected storm conditions.

With relatively few states that have adopted legal definitions or rules for establishing microgrids, there’s a lack of clear regulatory framework which compounds issues related to ownership models and utility regulation, and hinders broader market update. An essential step towards encouraging the adoption of microgrids would be implementing policies and incentives to encourage states and communities to put clean energy to work.

While many states (and the federal government) have provided incentives for microgrids through grant programs or specific appropriations, broad-based energy incentive programs have usually targeted generation technology (and more recently, energy storage), not distribution infrastructure. Incentives for renewable generation technology can improve the economics of microgrid projects, as microgrids very often incorporate generation, but they do not do much to incentivize microgrids directly, or recognize the specific benefits of microgrids as compared to utility-scale generation or “standard” distributed generation.

“Existing policies can pose a barrier to development due to lacking microgrid-specific language,” Kopitopoulou noted. Microgrids provide benefits that can be difficult to value directly, such as resiliency. Thus, the team drafted a report of a gap analysis of existing and missing policies that can either promote or hinder microgrid development.

The final North Carolina Microgrid Valuation Report will integrate information compiled from policy issues and developments affecting microgrid adoption, as well as a value proposition of existing microgrids, and the specific set of recommendations for resilient energy solutions and adaptation pathways in North Carolina.

The NCCETC and the NC Department of Environmental Quality (NCDEQ) are collaborating to ensure regular meetings are coordinated with stakeholders. These meetings are part of a subtask to draft a report designed to educate decision makers on how the metrics developed in this project can lead to greater levels of grid and community resilience. 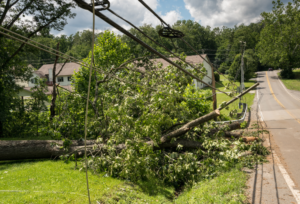 The project team has also held stakeholder meetings with representatives from Halifax, Bertie and Hertford counties as well as the City of Asheville in North Carolina. The goal was to collect information from emergency management personnel, and other city and county employees with knowledge of community preparations before extreme weather events and steps taken during and after such events. Resilience metrics will incorporate stakeholder input to determine community needs during and after major events.

A summary on how microgrids can benefit communities in North Carolina will be driven by findings from previous data collection exercises and stakeholder engagement activities. NCCETC and NCDEQ will work from a previous report developed to create a specific set of recommendations for resilient energy solutions and adaptation pathways in the state.

“The work performed in this project will help utilities and other stakeholders to address technical barriers to the widespread adoption of microgrids,” said Robert Cox, one of the PIs on the project at UNC Charlotte.  “The partnership with NCCETC is extremely valuable because it adds a focus on how the innovations can directly benefit communities in North Carolina.  Without an ability to quantify those benefits, the innovations themselves will be meaningless.” 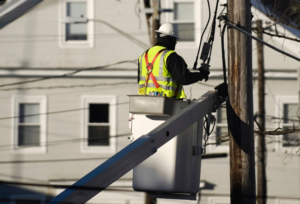 “It’s a new approach to designing the electric grid to create a more reliable and cost-effective energy system for communities in North Carolina and the rest of the country,” stated Koptiopoulou. She added that the proposed control will be tested by a major North Carolina utility where the partner institutions will be able to have direct, real-time connections to these  microgrids operated by North Carolina utilities.