The Carolina Poultry Power Project Fuels Our Electricity and Our Economy 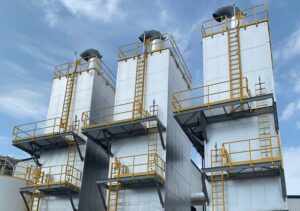 The United States has the largest broiler chicken industry in the world, with North Carolina being the third top producer out of all 50 states. As the number one agricultural industry in the state, the poultry industry’s economic impact for NC is over $39 billion annually according to the NC Poultry Federation.

The poultry industry in North Carolina, while exporting billions of pounds of chicken each year, also produces the waste that is an inevitable byproduct of the industry. These byproducts, or poultry litter, can be potential contaminants in waterways, rivers and sounds posing both environmental and health hazards, even when repurposed as fertilizer. 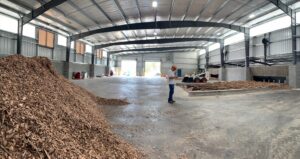 In Farmville, North Carolina, the Carolina Poultry Power (CPP) facility is evolving how poultry waste is disposed of by turning it into a high-quality fuel. The facility went online in 2019 and serves a consortium of utilities. Each day, the CPP facility processes 240 tons of poultry litter into fuel, generating approximately 12,300 megawatt hours (MWhs) of electricity and the equivalent to 90,200 MWhs of steam energy per year.

North Carolina adopted the Renewable Energy and Energy Efficiency Portfolio Standard in 2007, mandating utility companies to generate or purchase Renewable Energy Certificates (RECs) to meet poultry waste requirements, encourage the development of renewable energy facilities like the CPP CHP facility, create jobs and keep animal byproducts out of our waterways. For every 1MW hour of electricity generated by the CPP facility—or thermal equivalent– one REC is created.

The facility generates 1.74 MW of power and roughly 77,000 pounds of steam per hour. The RECs are purchased by Duke Energy and other utilities to satisfy their poultry waste-to-energy mandates, while the generated electricity is purchased by Pitt & Greene Electric Membership Corporation. 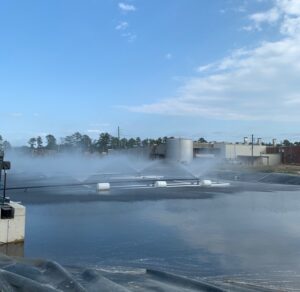 After one year of production, the CPP Farmville facility has met  its ongoing utility and finance obligations and created  more jobs than originally anticipated.  Construction of a second biomass CHP site began this year and a third site is scheduled to begin construction in Spring 2022.

The CPP facility in Farmville cost $32 million to build and is connected to the energy grid of Pitt and Green Electric Membership Corporation. Poultry RECs created under the REPS have created partnerships between clean energy suppliers and local industry and smaller utilities to produce and benefit from renewable energy in a way that would otherwise have been impossible.

Richard Deming, CEO, sees the CPP facility as proof a system like this can work in NC. Currently, the CPP facility employs 15 on-site and 10 off-site employees, while the adjacent processing facility expanded to create 25 new jobs. “Renewable energy isn’t simply good for the environment, it’s a tremendous engine of economic growth,” Deming said.   Deming can be reached for more information at rich@prg-llc.com