The N.C. Clean Energy Technology Center’s Community Solar for the Southeast Project, which began four years ago in 2016, is now wrapping up at the end of the month.

The NCCETC received a grant award from the Solar Energy Technologies Office of the U.S. Department of Energy in 2016. This project, named Community Solar for the Southeast, was created to provide resources and to support the development of community solar programs at electric cooperatives and municipal utilities across the southeastern United States. Rural electric cooperatives and municipal utilities are typically much smaller than investor-owned utilities and often lack the resources to explore and evaluate community solar options by themselves. NCCETC’s role was to design and provide technical analysis of possible projects for these utilities. For the last four years, NCCETC has worked with a number of coops and munis to understand the challenges of developing community solar programs and develop resources that can aid in the development of community solar projects across the region. 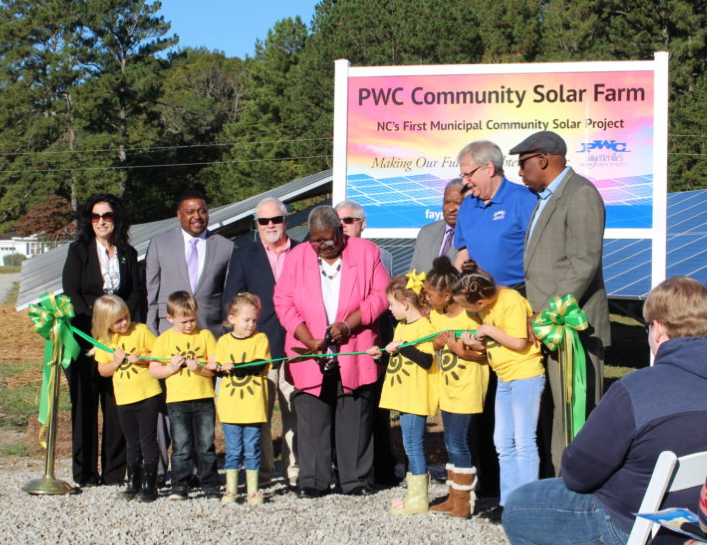 Community solar development in electric cooperatives and municipal utilities is still just in its beginning stages. The local decision-making ability and regulatory independence of coops and munis can be leveraged to develop community solar programs that are financially viable and provide benefits to their subscribers and to the utilities themselves.

The successful deployment of the Fayetteville Public Works Commission (PWC) Community Solar Program shows that a community solar program coupled with energy storage could be a financially viable opportunity for similar utilities to consider. However, utilities’ economic situations and wholesale rate structures vary, and careful, utility-specific analysis is necessary to determine whether and how community solar programs can succeed.

“Through this (Community Solar for the Southeast) project, we have learned that cost-effective community solar programs are possible, even in a region with limited policy support,” said David Sarkissian, Policy Analyst. “We hope the resources we have developed can assist other utilities and organizations interested in pursuing community solar programs, both in the Southeast and elsewhere in the U.S.”

The NCCETC is currently partnering with the Cliburn and Associates, LLC, on the Solar Energy Innovation Network (SEIN) Solar-Plus for Electric Co-Ops (SPECs) project, which will help optimize the procurement and operations of battery storage projects at local electric cooperatives. The Center was introduced to Cliburn and Associates through the Community Solar for the Southeast Project.

The NCCETC is also collaborating with the US Department of Energy (DOE)’s National Community Solar Partnership (NCSP), which is a coalition of community solar stakeholders working to expand access to affordable community solar to every American household by 2025.