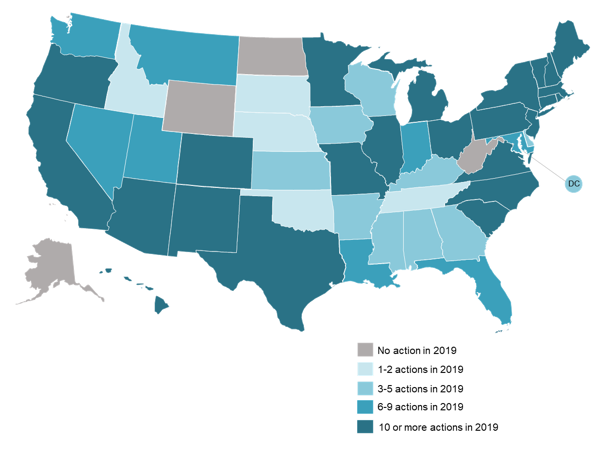 The report highlights ten of the top grid modernization trends of 2019:

“Grid modernization activity continued to climb during 2019, with states piloting innovative ideas and considering bold policy reforms,” noted Autumn Proudlove, lead author of the report and Senior Manager of Policy Research at NCCETC. “We expect to see this momentum continue through 2020.”

“Regulatory commissions across the county have been holding utilities to a high standard on grid modernization investments,” said David Sarkisian, Senior Policy Analyst at NCCETC. “We have seen regulators deny several proposed investment plans because of a failure to sufficiently justify costs or maximize customer benefits.”