The report finds that 46 states and the District of Columbia took some type of distributed solar policy action during 2019 (see figure below), with the greatest number of actions relating to net metering policies, residential fixed charge increases, and community solar policies. 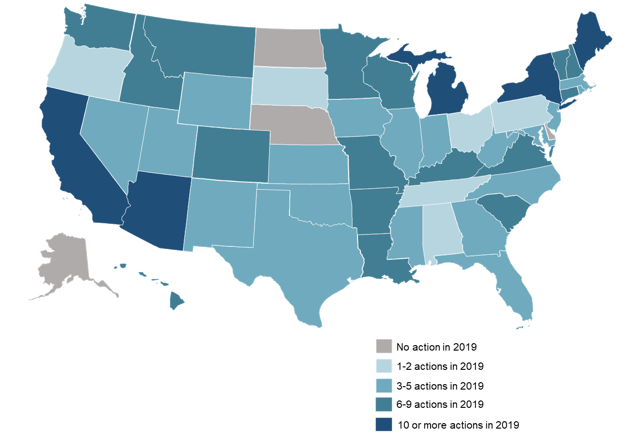 The report highlights ten of the top distributed solar policy trends of 2019:

A total of 265 state and utility level distributed solar policy and rate changes were proposed, pending, or decided in 2019. Net metering actions increased by 30% over 2018, while residential fixed charge increases decreased by 25%. The report notes that ten of the most active states in 2019 for solar policy developments were:

“This past year was characterized by decisions favorable to the growth of distributed solar,” said Autumn Proudlove, lead author of the report and Senior Manager of Policy Research at NCCETC. “Policymakers in several states elected to continue net metering or take steps toward compromise successor tariffs, while expanding community solar programs and third-party ownership options.”